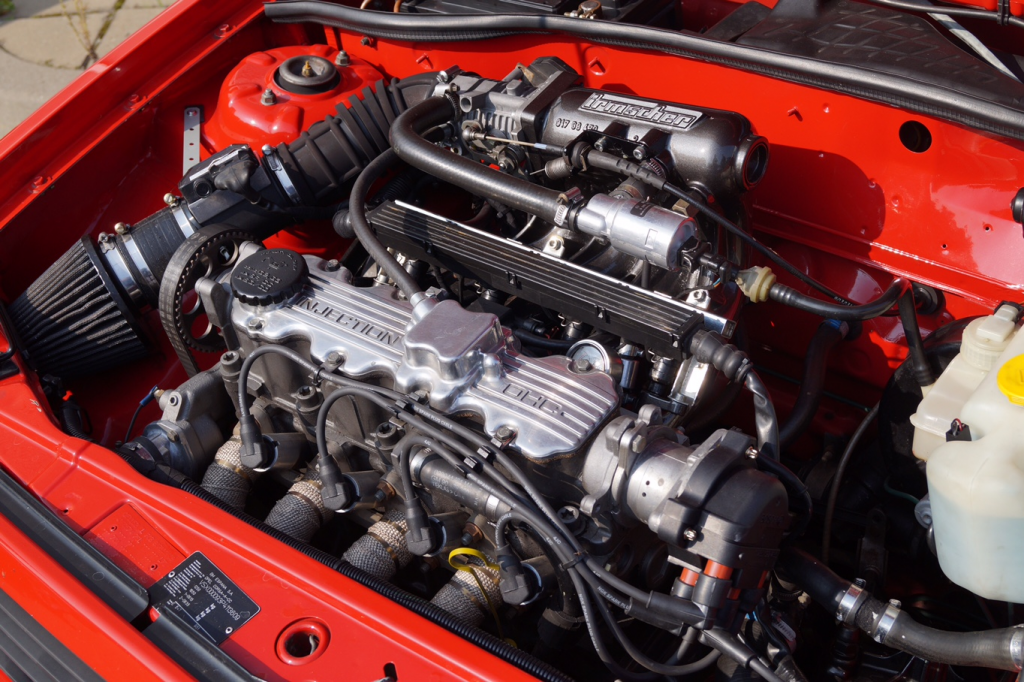 The Family II is a straight-4 piston engine that was originally developed by Opel in the 1970s, debuting in 1979. The project engine is a Holden built C18LE, a variant with 8-valves driven by an over-head cam, with a cast-iron block and alloy head.

The C18LE has a compression ratio of 9.5:1 and outputs 85kW in leaded form with Bosch L-Jetronic fuel injection and Bosch EST ignition.

This project is low budget, so mechanical mods are kept to the bare minimum. The only major modification is to reduce the compression ratio down to around 8:1 by fitting a brand new head from a 20LE 2.0L OHC engine. 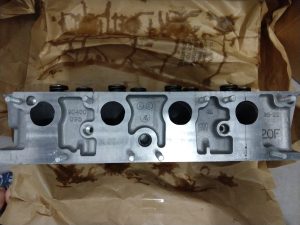 Removing the existing head showed this move was just in time, because the head gasket was failing at cylinder 4, and some water had already entered and damaged the cylinder. 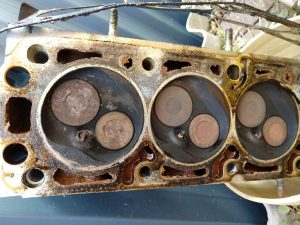 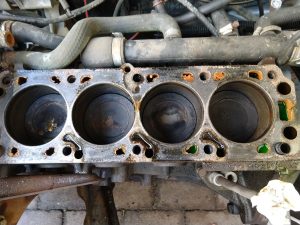 The cylinder wall had corrosion that were mostly honed out with the piston removed. 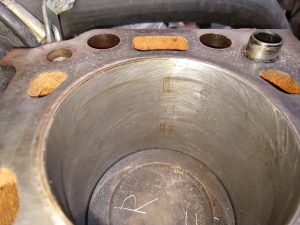 The engine will probably be rebuilt at some point in the future so I decided to chance the slight remaining corrosion that was probably less than 1 thou deep at worst. 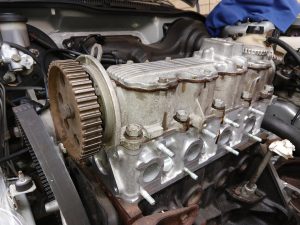 The engine was reassembled with the brand new head, using the old hydraulic tappets and rockers that were still in great condition.

One great thing about modifying the GM Family 2 engine is the variety of parts available from around the world. These engines were built in Australia, Germany and Brazil in carburetted, throttle body and port injected variants with both 8 and 16-valve cylinder heads.

Turbocharged versions released were LT3, C20GET, C20LET, X20LET and X20LER so there are plenty of parts both from auto wreckers and aftermarket vendors like SPA Turbo USA.

I located an LT3 inlet and exhaust manifold from parts recyclers in the USA, each costing just USD100! The LT3 was fitted to the late 80s Pontiac Grand Am. 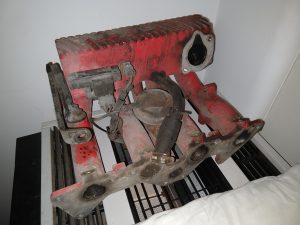 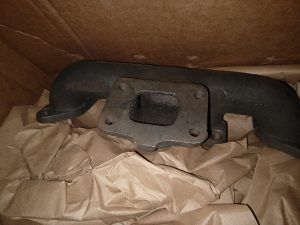 The inlet manifold suits the 20LE engine with its slightly raised intake ports. The exhaust manifolds of the 8V Family 2 engines were all the same, and the turbo flange is T25 size.

I sourced a fuel rail from a C20LET engine and fitted it with second hand ‘Alloytech 190’ injectors. For the oil lines there are plenty of ebay vendors such as Kinugawa Turbo that sell well priced oil line kits for T25 turbos. Also, a rising rate, adjustable fuel pressure regulator was added to increase the fuel pressure to 60 psi. 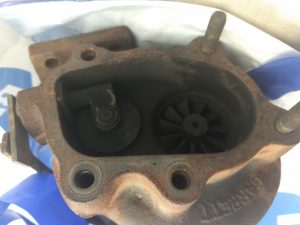 For the turbo itself I decided not to chance an ebay unknown, I found a second hand Garrett T25 turbo that was originally fitted to a Nissan SR20 engine – for only $250!

These turbos have all standard flanges that can easily be found on ebay! The only trick is the need to crack all of the bolts on the turbo to rotate the compressor to a different angle for the C18LE engine. Also, a 15mm spacer was needed at the exhaust flange so that the compressor snail had clearance from the block. 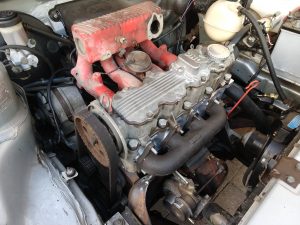 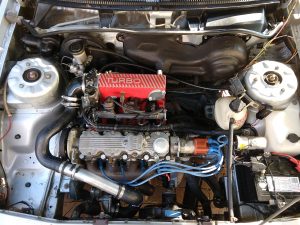 For the original proof-of-concept setup, I used mild steel bends and 2″ radiator hose to plumb the turbo to intake manifold. The location of the throttle on the LT3 engine was very difficult to work with, so I modified the inlet manifold to accept a Holden Rodeo throttle body. 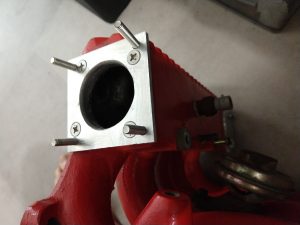 The nice thing about the Rodeo throttle body is the inclusion of a TPS and IAC valve, both of which are connected to the Rabbit ECU. For the exhaust, a T25 exhaust flange was easy to find on ebay and the Camira went to the exhaust shop for a 2.5″ exhaust.

The Rabbit ECU is used for this budget project. It has 4 injector drivers so can run the engine with sequential fuel injection, and plenty of relay driver outputs for upcoming mods such as water methanol injection, NOS and boost control. 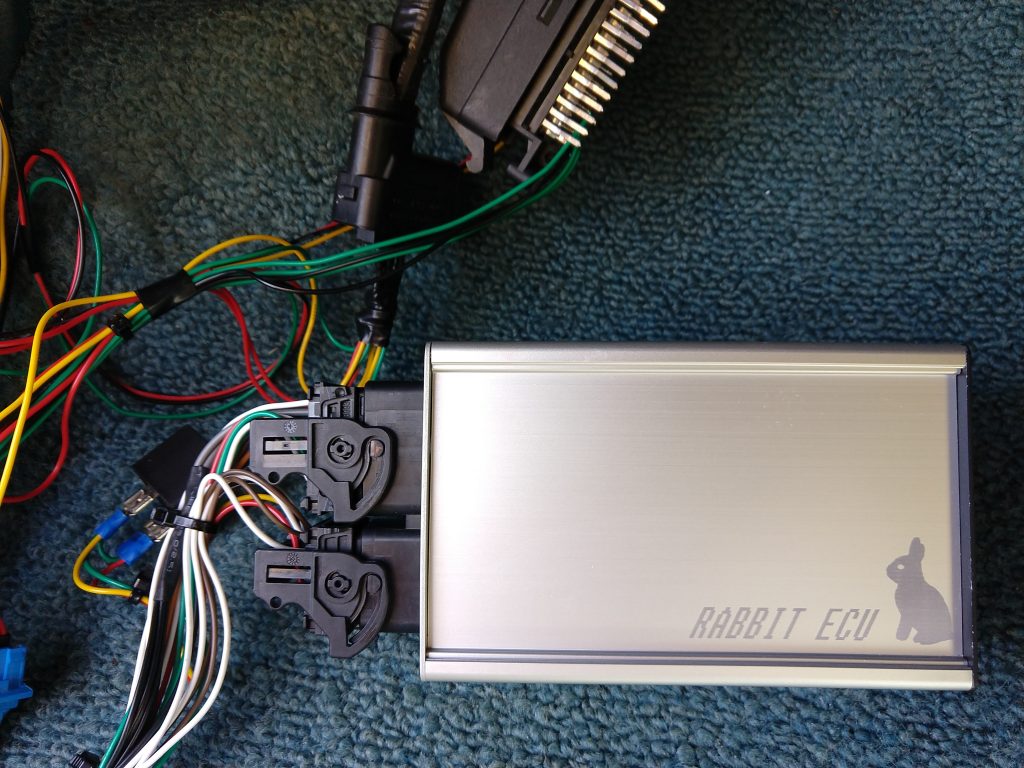 After a few tuning runs at 8psi, it was pretty clear that the engine was running great and more than up to the task of being boosted. So I added a small Nissan Skyline R33 intercooler and one of the C18LE original injectors for water methanol injection. 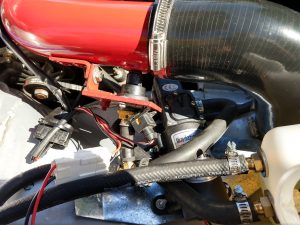 At this stage, the setup now runs a nice low 40C intake air temperature at 10 psi boost. More mods are to follow in future blog posts.

What Did it Cost?

Here is a run down of the costs for this DIY turbo project:

Happy DIYing with the Rabbit ECU!